LOUISVILLE, KY. – Goodwill Industries of Kentucky is excited to announce it has promoted Josh Houlette to director of project management. Houlette served as the senior project manager since joining Goodwill in May 2021. 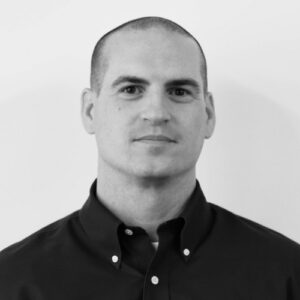 An energetic and creative problem-solver, Houlette will continue to aid Goodwill’s growth in his new role by aligning projects with business goals, constructing and implementing detailed work plans, managing cross-functional project teams and maintaining relationships with client stakeholders. He has a proven ability to execute at both the strategic and tactical levels of a project by employing effective people and project management skills. His primary goal is to ensure the agency’s projects are a resounding success.

“I am both excited and humbled for the opportunity to work on such impactful projects that will benefit people throughout the Louisville community,” Houlette said. “This is by far the most meaningful work I’ve been part of over the course of my career.”

Houlette joined Goodwill after spending over 15 years in executive leadership roles in the for-profit world. His career has focused on building operational infrastructure for high-growth companies across a variety of industries, ranging from biotechnology to consumer electronics.

Houlette graduated with honors from the University of Louisville with an MBA in entrepreneurship and a B.A. in economics.