#MissionMonday: Doors opened for Corey with help from Goodwill

Corey was looking for self-support resources earlier this year when he learned about Goodwill’s Louisville Opportunity Center at 909 East Broadway. When he arrived at the Center, he found so much more than he expected. 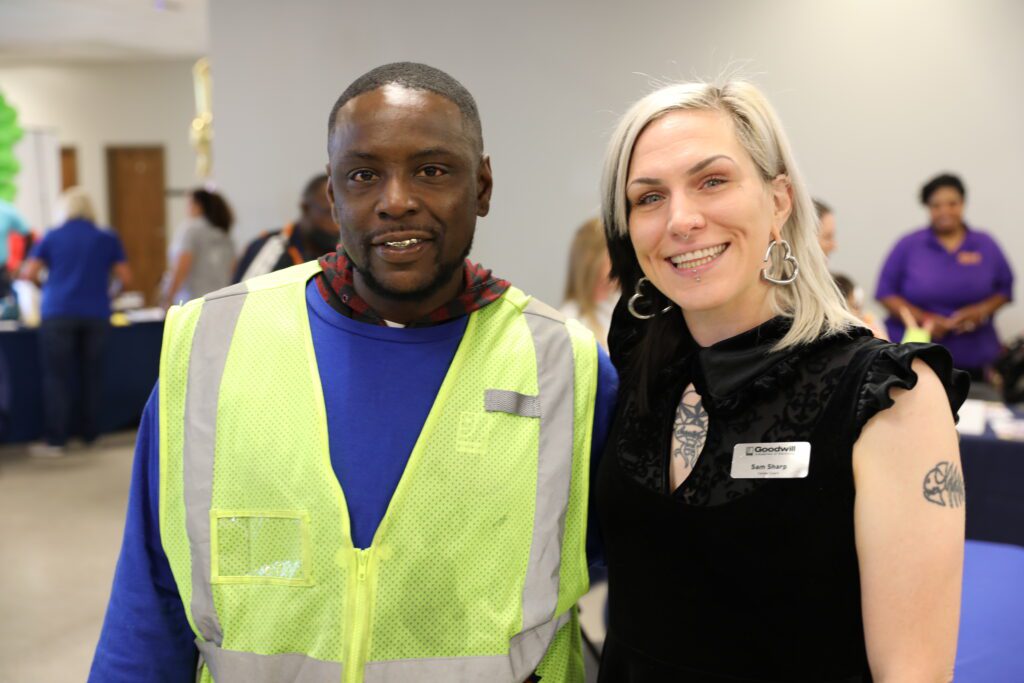 “I came to Goodwill because I wanted to get $300 and a laptop,” he said. “When I got down there, they had so many opportunities I could choose from. So, I ended up signing up for a career coach, and they asked me if I wanted to work for Goodwill.”

After being hired at the Northfield store in Louisville, Corey earned an employee of the month honor. Four months later, he applied to become a truck driver. He said his career coach, Sam (pictured with Corey), helped him get his license for the first time.

“Sam’s wonderful,” he said. “I always tell her she’s the best career coach. Because she honestly cares. I failed my permit test the first time I took it. She got me an appointment the next day and I ended up passing.”

Corey was hired as a truck driver in July. In addition to a career coach and soft skills training, Corey also took advantage of Goodwill’s expungement services. Goodwill partners with legal aid agencies to offer free legal advice and expungements to program participants. An expungement clears an individual’s background to make it easier to obtain employment.

“They showed me all these opportunities,” he said, “and doors started opening. Goodwill changed my life.”

Corey said he “never envisioned” being where he is today. He is currently working toward his CDL license.