#MissionMonday: For Angie, working at Goodwill “is a feeling you can’t explain”

Five years ago, Angie moved from Florida to Kentucky with her family. When it was time for her to look for a job, she wasn’t sure where to start.

Angie wanted to find a job as soon as possible. Her search led her to Goodwill Industries of Kentucky, where she was hired “right away” as a cashier at the Scottsville Road store in Bowling Green. 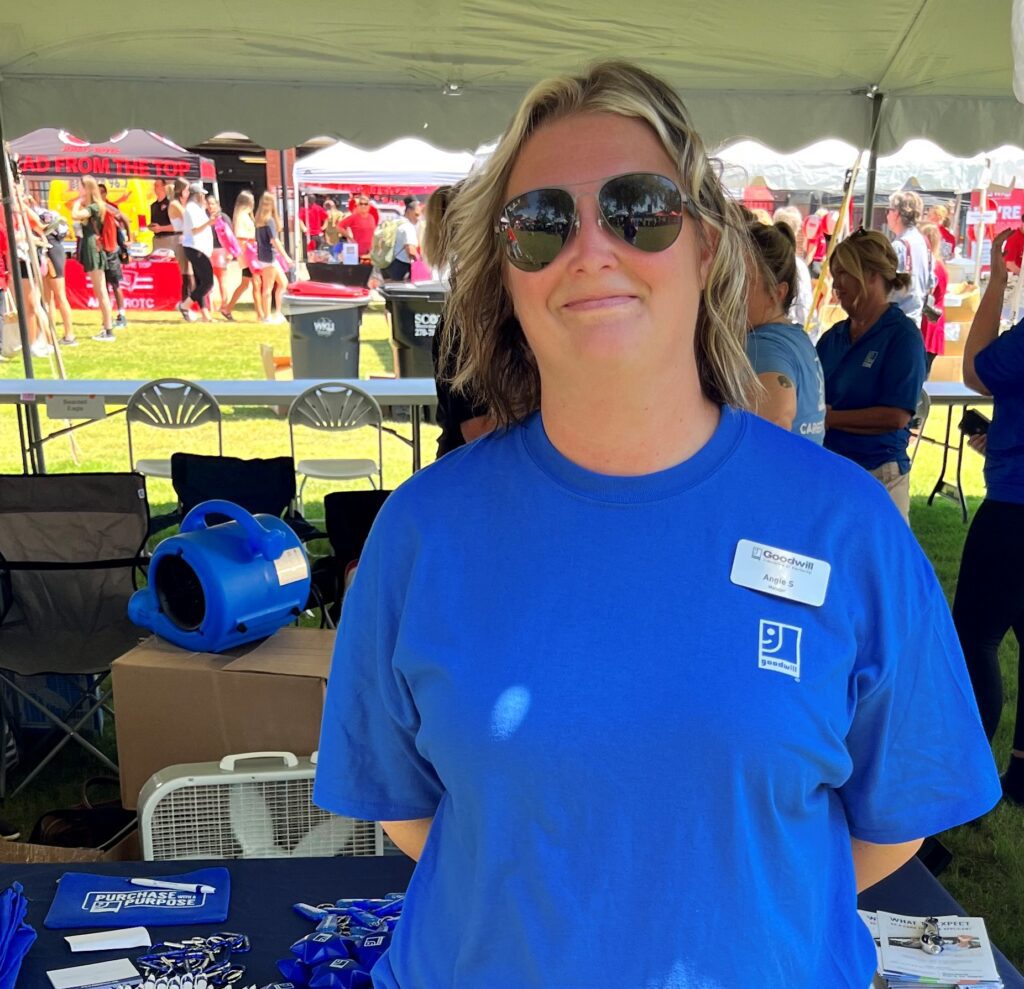 One month later, Angie found out she was pregnant. She was worried she would lose her new job, but Goodwill was flexible with her schedule.

“They’ve been very flexible with me, especially while I was pregnant,” she said. “I had a lot of doctor’s appointments and things that come with being pregnant.

“That extra time with your child, that’s important.”

A month before Angie’s due date, she was promoted to team lead at the Scottsville Road store, and while she was on maternity leave, she applied for an open assistant manager position. Two days after she returned to work, she interviewed for the job – and she was hired!

“Literally two days in I was getting interviewed after being away for 12 weeks,” she said.

After being named assistant manager, Angie completed the GREAT program, which is designed to prepare Goodwill’s “up-and-comers” with the tools, resources and expertise to step into leadership roles. That led her to earning another promotion – she was named store manager of the Fairview store in Bowling Green in December of 2021!

“We’re thriving,” she said. “I have great employees there – I wouldn’t trade any of them for anything. We have great relationships there. I love my job.

“I have people at my store now – I see them growing and I see the potential in them. I love being able to help them grow, and they could possibly be where I am at one day.”

Angie said her journey has come full circle with Goodwill. She gets to offer flexibility to her employees and a hand up, not a handout, to those who need a first or second chance. She said her goal is to make people see all the good parts of Goodwill.

“It’s a feeling you can’t explain,” she said. “I’ve had interviews where I’ve almost started crying because of stuff people have been through and what they go through on a daily basis. … It’s an unimaginable feeling to know that we can help people in ways that other employers can’t.”